The history of this masseria (i.e. the typical Apulian farm) goes through the legend that in the summer of 1220 St. Francis, returning from Egypt and after being hosted for a few days in Mottola, would have stopped with some faithful shortly before San Basilio (hamlet of Mottola) at a “massaria sistente” (i.e. a farm already existing in those years) known as Petra Cavallo. As a tangible sign of His passage, the Seraphic Father of Assisi would have left the imprint of his face on the stone used as a pillow during His stay. 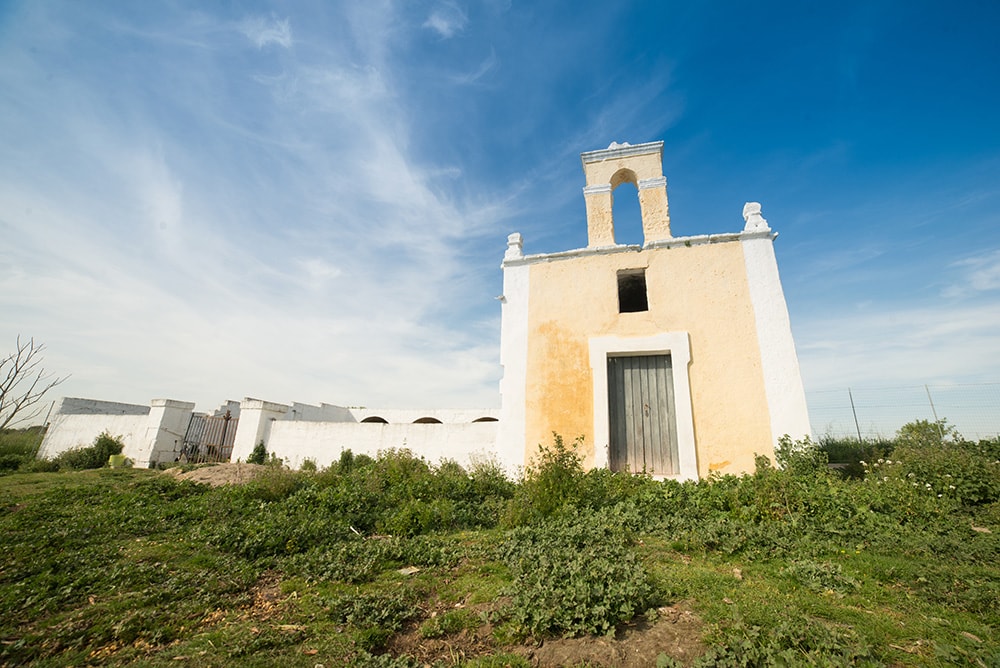 After the suppression of the religious orders wanted from Murat (1809), the farm was taken to the Conventual Fathers and, in the mid-1800s, it was bought by the Baron of Massafra Ferdinando Notaristefano together with a source of a nearby field, the so-called well of Matine. Known for his strong religious sense and knowing the legend linking that place to the Saint of Assisi, the Baron changed the name of the farm from Petra Cavallo in San Francesco, he gave His name to one of his sons and built a small chapel in honour of the Friar of Assisi, too.

During the years of banditry, not far from the farm there was the haunt of bandits led by Rocco Chirichigno, said Coppolone. In 1861 the tenant of the masseria was the municipal tax collector of Mottola Giuseppe Antonio D’Onghia who, during a violent argument, publicly slapped his worker. This man, humbled by gesture and words, let the bandits captured him in order to meet Coppolone, he told him the quarrel and persuaded the bandit to teach him a lesson. The day after, the bandits broke into the farm and the tenant Giuseppe Antonio hid himself in a big cave below the property. Pretending to be afraid, the worker followed him and made his way to the bandits who captured him and tied him to a tree infested with ants until they received the ransom. This episode showed how the whole property was easily attachable and it was decided to close the court to always keep an eye on their assets, preventing external incursions.

After the First World War, the farm was put on sale and in 1922 the Leogrande brothers (Gennaro and Giuseppe) bought it, two years later they divided both land and property: the northern part with the oldest building, went to Gennaro; the most recent part built by D’Onghia, went to Giuseppe. Meanwhile, the farm continued to have a certain agricultural and pastoral activity, the breeding of goats, sheep, “podolica” cows (i.e. a very typical and local breed of cow), horses, pigs, pigeons, chickens and turkeys increased, and also animals for slaughter and excellent dairy products.

There was a strange event: the turkeys were born crippled and often died. The inhabitants of the farm began to associate this phenomenon to the fact that the desecrated and abandoned chapel was only used to brood over the turkeys. Miccolis Maria, wife of Gennaro Leogrande, spoke with Father Alessandro Curci of Mottola who suggested to re-consecrate the church. Every Sunday, a priest arrived in a carriage from Mottola or Castellaneta to celebrate Mass and marriages, and the phenomenon disappeared.

n 1928 began roadworks to widen the Mottola-San Basilio road and this fact increased the rod condition and determined the abandonment of the ancient Tratturo Regio Martinese that bordered the farm and that, until then, had contributed to a good economy of the whole area, connecting the Salerno area with those of Matera, until the Murgia of Martina Franca. Many of those who crossed those paths made friends with the inhabitants of masseria San Francesco, so that human relationships were handed down from father to son, and their hospitality was known among the usual travellers.

After the Second World War, there were important maintenance and expansion works of the farm. Between 1957 and 1958 the Leogrande brothers, now elderly, gave the management of their property and land to some of their children, without dividing too much the whole property. Today in masseria San Francesco live three families related to each other: Giuseppe D’Onghia (son of Vito D’Onghia and Elisa Leogrande), Diego Ludovico (son of Marco Ludovico and Nicoletta Leogrande) and Gennaro Leogrande (son of Vincenzo Leogrande) with his mother Maddalena D’Onghia.

Spedizione gratuita per ordini superiori a 150€